Dark, dingy and filled with stale cigarette smoke; just the type of joint he liked to frequent. He was always accepted in places like this, didn’t have to pretend. All he had to do was sit in the corner and blend in. An unshaven chameleon; with hair two inches too long peeking out from under a black tattered ball cap. A couple of years ago, minding his own business, he’d found out it’s not always best to sit at the bar, when that gang of hooligans broke his nose and kicked in one of his ribs almost puncturing his right lung.
Still though, the need for money kept bringing him back, day after day.
A rumble of bikes, echoed throughout the bar. Headlights from maybe a dozen. He waved the bottle towards the waitress, might as well get another before the rest of the gang arrives. The young waitress, almost pretty, seemed to enjoy her job. Otis wondered if she was one of their ole ladies, she smiled from ear to ear when the first dude walked in. He watched him pay her for the beer; wondering if he was his go to man.
When Otis made contact he’d slip out the door without too much attention.
The sound of the other baffles under the bars metal canopy almost stung his ears. At least sixteen of them pulled up, leaving leather gloves and helmets planted on their bikes. No one would dare to touch them.
Their enforcer came in first and scanned the room. His eyes fixated on Otis briefly.
An old guy with a cane came from the rear office to help the waitress with a pistol secured on his hip.
One of the bikers fed the old Wurlitzer on the back wall and country music seemed to set the atmosphere for the thirsty group.
Otis drained his bottle with two large gulps and moved towards the door just as the long blue 1977 van with Harley Davidson stickers pulled into the parking lot; his signal to go outside.
As planned, he was able to slip out the door by the time they racked up the first set of balls on the pool table. Drawing no attention from the others.
Otis walked swiftly and leaned in close to the vans window. He could smell pot and figured the guy was relaxed and not anxious. “I’m the delivery guy. You want to meet around back?”
The driver acknowledged him and started the van; while Otis turned towards his pickup. They drove behind the building and backed in so no one could see their transaction.
Otis opened the rear door to his camper shell “There are two crates of six AK-47’s, and the third crate has a dozen kilos of blow behind them.” He pointed with a flashlight, then stood there, waiting for the man to make the first move.
“I need to see them before I pay,” the stoner said.
Out the corner of his eye Otis could see their tall and hefty enforcer come around the side of the building.
“Show me,” the man said.
Otis leaned in and pulled the tarp back, pried a board off the top of all three crates, and then stepped back for them to inspect the cargo. The enforcer stood his ground near Otis.
The driver inspected the rifles, making sure there were no pits and then replaced the boards on the crates. Then he stuck the tip of a knife in the middle of a bag of smack. “Looks just like what we ordered.” Tasted it and smiled.
Otis saw him wink and jerk his head to the left. The enforcer and the man moved in closer to Otis.
The stoner reached into his jacket and pulled out a hefty packet and handed it to Otis.
Otis opened it trying to count the contents while he kept an eye on his customers. “It’s been nice doing business with you guys. Remember to contact me when you need more.” He stepped back to let them load their contraband when he noticed the enforcer rang the bell at the back door of the bar.
The men had made the transfer and Otis reached up to close the back of his truck. With one hand up someone grabbed the hand by his side shoved his arm up behind his back and then grabbed the other. He immediately heard the voice of the waitress read him his Miranda Rights. Several DEA officers dressed as bikers swarmed around hm. Confused and handcuffed, he caught his breath. Knowing he would spend several uncomfortable years of his life in a dark and dingy place like a chameleon hiding in the corner.
But there would be no waitresses, only a guy named Bubba.
Bio: Jeanette’s work has been published on several online writing sites and in print. Nominated for a Pushcart Award in 2014. Published in fifteen group Anthology books and four books of poetry. She is the editor of Cavalcade of Stars and has published fourteen of her own e-Books waiting for your reading pleasure at Amazon and Barnes and Noble.  You may see where some of her work is published on the about me page at
http://cavalcadeofstars.wordpress.com/ or on the members page at http://www.hamptonroadswriters.org her personal email is jcheezum@cox.net 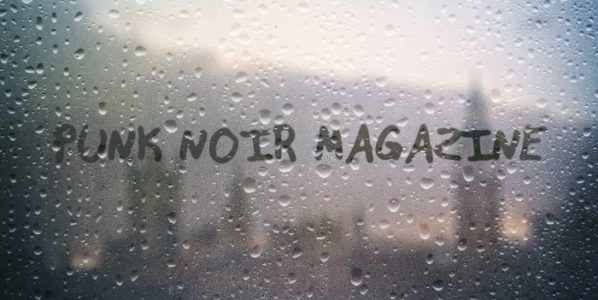 One thought on “A Wretch like Me by Jeanette Cheezum”