Whiskey is the only sweetener for the coffee in the kitchen. A drink of the person with nerves returning from an edge, but not quite ready to be absorbed by sleep. They think back to earlier in the evening, about how the shadows switched places with the light repeatedly. As if there were no measurable barrier separating the two. Panic almost set in at the thought, out of fear of the darkness and light trading places for good. And maybe, it did. But the light was extinguished before any dread for possible repercussions of such a reality could sink in.

So much skin. Some soft. Some more rugged and hairy. Masculine or feminine, some in-between and even neither. It doesn’t matter to the entity seen in everything. Bonobos returning to Eden. Candy-flipping done in the right settings removes sin, just as easily as clothing. Sometimes awareness comes to the surface beyond the feelings, only to be entranced into bliss by the rhythm of heartbeats and breathing in near unison. Hours can feel like orgasms or maybe something more in the feeling of so many feelings instead of the incessant thinking that rules us during the daily struggles of being.

They reach out and grab her arm to stop it.

They wrap both their arms around her, hugging her body against theirs with one hand gently stroking her shoulder.

“Aren’t they all so beautiful?” They ask, “Why wouldn’t you die so pretty too?”

Flickers of confusion and weak desperation pass over her eyes like clouds only hiding the induced look of absolute love and acceptance in short instance before all together fading. Auras that once wrapped themselves around bodies thicken the air. A spectrum of colors accent the beautiful bodies entangled with one another on the bed as a weak light sneaks in between cracks in the curtains. Less than half an hour is all that can be devoted to admiration with time measured only by the presence of steam rolling off the bitter cup of coffee found left on the burner from days before.

They pull the remaining powder mixed in crystals in a baggie from a pair of jeans thrown on the floor and pour it into one last capsule. Then burn the cellophane into nothing with a lighter and the crisp burnt plastic smell fills the air as they wash the last of the ecstasy down with a sip of lukewarm coffee.  They dial three suggested numbers on a phone from a purse before joining the other bodies in their place on the bed. The room still pulsing with energy is engulfed by sleep.

It seems like the darkness will go on forever and the thinker will cease.

Lights pulse from beyond the veil of eyelids, and a voice referring to their body as a she tells them they are going to make it and just how lucky they are to be alive in such a serious case of fentanyl overdose. Glimpses of a reflection in something stainless seem so unfamiliar and animal-like with feelings still only wanting to feel everything without logic or reason, while the darkness and light seem to go on trading places.

BIO: Laramore Black is a writer of various styles attached to the noir fiction label. They have been on a traveling hiatus for some years, but recently was accepted into a writing residency at the Osage Arts Community to produce new work. 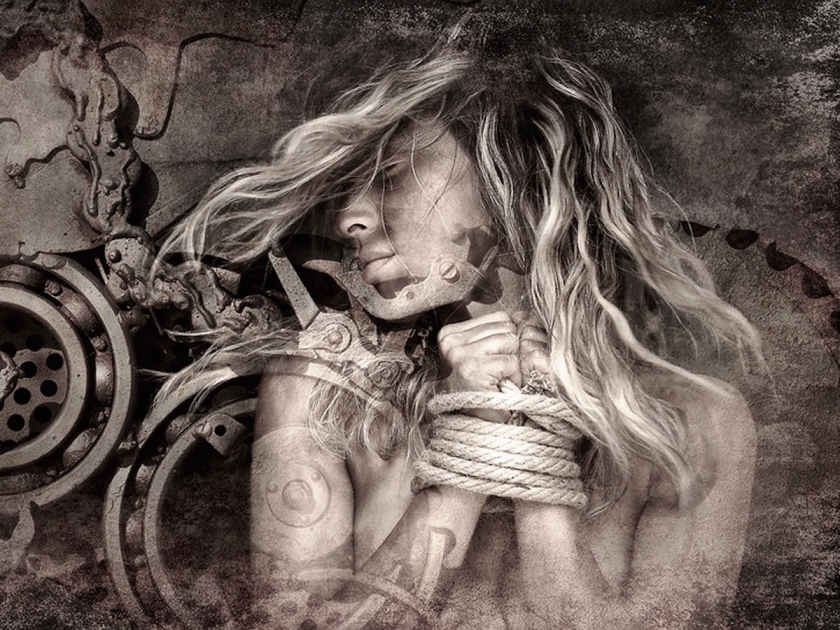