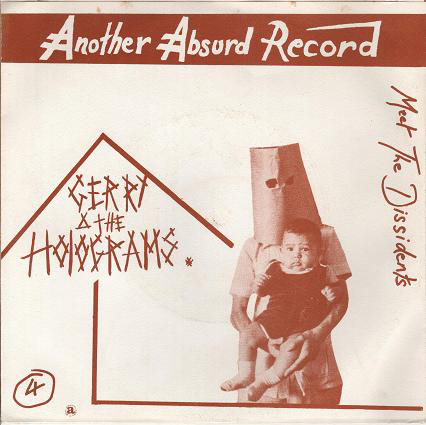 Manchester post-punk band Gerry and The Holograms – CP Lee and John Scott – released their debut single Meet The Dissidents on Absurd Records in 1979.

The ‘theme song’ – ‘Gerry and The Holograms‘ – clearly served as a blueprint for New Order‘s mega-hit Blue Monday, though neither band seems to have admitted to this!

Later the same year, they released their second single, ‘The Emperor’s New Music‘, which was literally unplayable. The record was actually a badly pressed Slaughter and The Dogs record that was glued to its sleeve.

They became one of Frank Zappa’s favourite bands. They eventually released an LP in 2017.