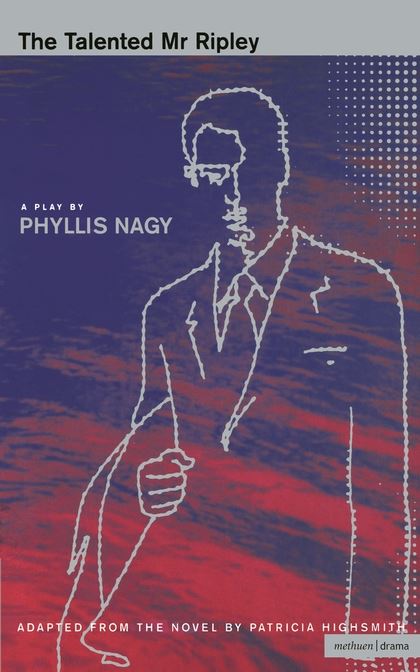 I was watching a TIFF interview with Phyllis Nagy who adapted Patricia Highsmith’s The Price of Salt as the 2015 movie Carol directed by Todd Haynes, starring Cate Blanchett and Rooney Mara and Sarah Paulson. Among the bon mots – along with her story of her first fascinating meeting with the author herself – was the fact that she had adapted The Talented Mr Ripley as a play right around the time Anthony Minghella’s movie came out. I vaguely recalled a production of the play some years back, but didn’t realise who had written it.

Fortunately the play is easy to get hold of especially in comparison to the more recent Ripley and Highsmith play Switzerland by Joanna Murray-Smith, which I also missed seeing. That one is much more meta, but Nagy’s adaptation is full of surreal touches that call it and Highsmith’s obsession with the character to mind. Some first thoughts:

I enjoyed it. Like most play scripts, it’s a quick read, though this is a really fascinatingly complex narrative. The play boils down the events of the novel into signal moments, often overlapping. Nagy’s imaginative positioning of the characters and their interactions make the most of the space of theatre and the flexibility it has to allow simultaneous things to be happening and affecting the audience’s interpretation of that overlap.

It has a lot of mirroring, sometimes literally, as [SPOILERS, SWEETIE] Tom kills and absorbs ‘Rickie’ (not Dickie here, though his character name is always Richard), rather than simply eliminating him. Even after he kills Rickie at the end of the first act, the victim hangs around to encourage, argue and sometimes taunt his killer. There’s a lot more of the influence of the past, both Greenleaf parents, and Tom’s Aunt Dottie, but also Tom’s friend from NY – not the artist he hangs out with in the novel, but an adaptation of the housemate who is much more deliberately coded gay. Tom’s sexuality, or at least some version of it, in tune with Minghella’s film version much clearly positions him as gay rather than Highsmith’s own odder, more fetishistic Ripley, whose only real ecstasy comes when he contemplates all the things that once belonged to Dickie now belong to him.

Like the modern description of Ripley as ‘charming’ which is completely wrong; contemporary reviews were much more aware of his abjectness. Nagy repeats that misapprehension in her character description of Riply: ‘an utterly compelling, fastidious, charming and measured psychopath’. He becomes that psychopath, but there is little charming about him. In the original novel that couldn’t be clearer. Highsmith humiliates him upon arrival in Mongibello with a terrible bout of diarrhea. Nagy calls him ‘charming’ but doesn’t really present him that way. Ripley finds a way to be who he wants to be when he meets Rickie/Dickie. For a time he wants to be that spoiled, untalented but oh so self-assured rich kid. Circumstances only allow that for a short while before he has to once more become Ripley, but the value of the experience remains and gives him the power not only to survive murder whenever necessary, but to make Tom Ripley into the psychopath he never knew he could be.

‘It gave his existence a peculiar, delicious atmosphere of purity, like that, Tom thought, which a fine actor probably feels when he plays an important role on a stage with the conviction that the role he is playing could not be played better by anyone else.’